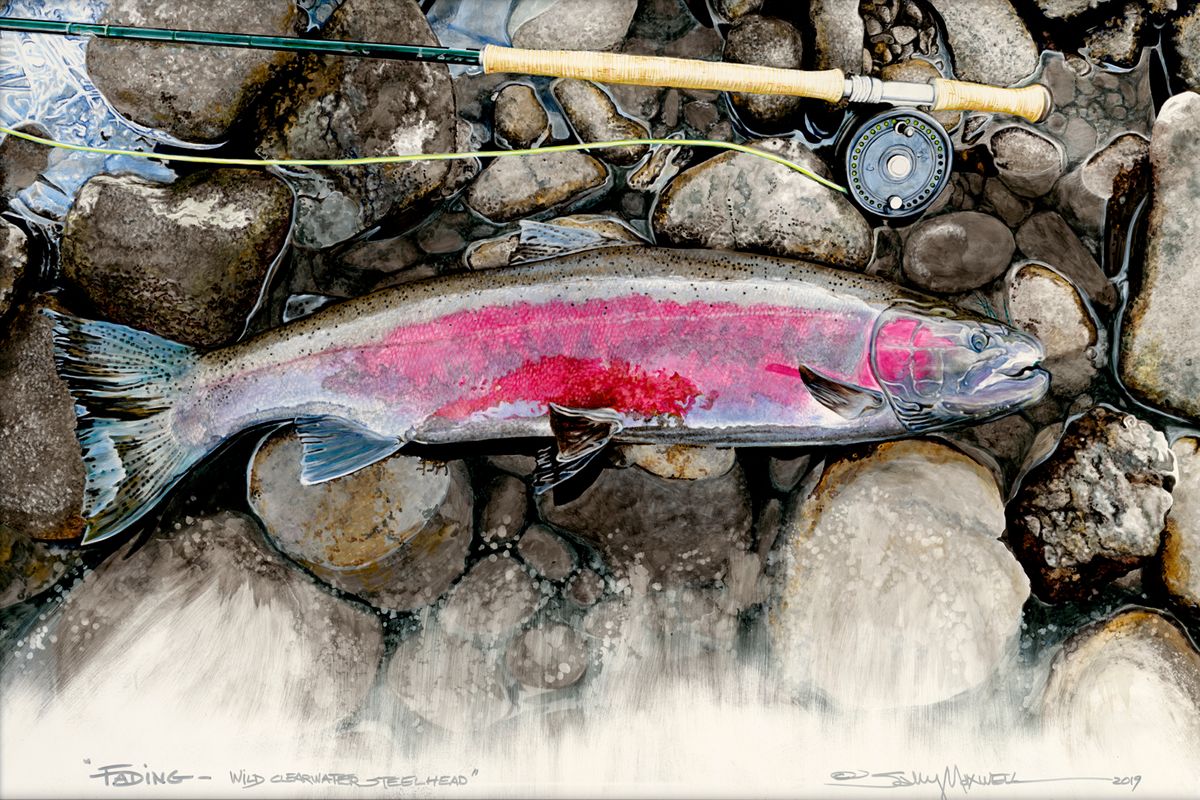 The first in a new series I am compiling featuring little known species from right here in the USA that are Threatened or on the brink of being declared Endangered. Man caused mortality is the primary cause for this fish to be on the Threatened list in the Snake River Basin, one of the most important areas for its population. It is partially due to climate change and warmer waters but mostly to mismanagement by humans, due to the construction of four Federal Dams on the Lower Snake River that destroyed the migration corridor for Snake R Basin salmon and steelhead. Photo credit, Steve Pettit.